Growing up, my grandfather was someone I always looked up to and aspired to be like. He had fun. He took chances. He was a fun adult and I genuinely felt that he cared for me.

Arriving at grandpa’s house (or as we called him “Paw Paw”), you might see Joe speeding by on his four wheeler – taking some family member on the bumpy path. Or he might be leaning over my cousin’s car, checking bolts and gauges and spark plugs or changing a belt. He might be welding in his shop or unveiling a tree house he built for the grandkids (us).

Joe worked a lot, and took part in many church activities – but he always found time to spend with family. And to help family. Like the time I needed a tow out of a muddy field at 4 in the morning. He was there an hour later with his favorite tractor.

He had a great memory, and so he told some amazing stories. He’d describe how he worked his way up while working on the oil rigs. He managed to work a 40 hour shift once from atop an oil derrick. His trademark was that he’d descend every day using the “emergency” method of sliding down a steep rope. It impressed his boss and earned him a permanent position and higher pay.

My grandfather was above all else a man who was dedicated to his principles. This was as true in his young age as it was in his old. My grandfather told me of how he’d helped his family buy a plot of land which ended up being worth quite a lot. He’d contributed greatly to acquiring it, but was utterly cut out of the family inheritance when he refused to become a Mormon with his father and brother.

But Joe was also fortunate, as he would tell you. The land he later bought in Grand Prairie had gas deposits underneath it. So in addition to his salary working as an inspector for the FAA, he was able to receive royalty checks. He also ran a small trailer park on the corner of his property. Joe worked as a garbage man. He trained horses. And he even ran a full service gas station with his wife and children.

He hated corn because when he was a child during the great depression, he ate nothing but corn for many months in a row. He hated to wear a seat belt because he felt that it was government overreach. He smoked cigarettes for 20 years, and quit for more than 20 more. He told me that despite the fact that he never once relapsed – the temptation to smoke had haunted him every day of his life.

When I was getting married, he was in his late seventies. We designed and built a large trellis together from a tree in his backyard. A trellis that I would later say my vows under. I remember watching as my grandfather set a ladder against a tree, grabbed a gas-powered chainsaw in his left hand, and began climbing that ladder with his right. Three rungs up and he was starting the engine, sawing through a thick limb that fell with a massive thud. Even in his late seventies, that was Joe taking risks. He was never going to “act his age”. 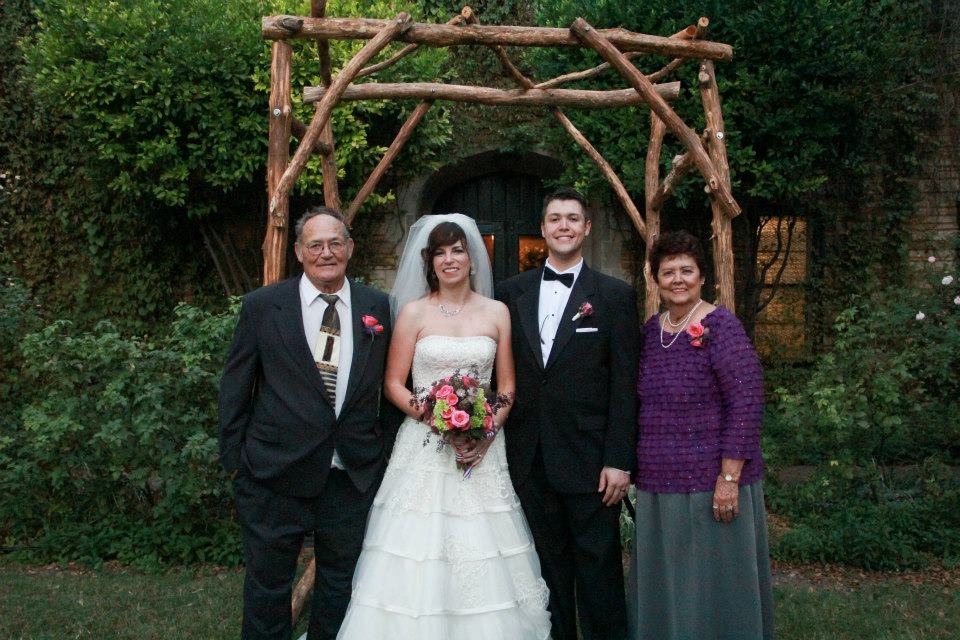 I learned so much from  him about what it means to be a man, to be brave, and to be loving. I admired him as a young man, and that admiration only grew and matured as time went by. Losing him has been one of the hardest times in my life. But I will treasure the times we spent together and the things I learned from him. I am truly blessed to have had a grandfather like Joe.